Finally, the legs are behaving themselves and I can begin to get traction with training.   The new shoes have arrived and I was very excited to meet them. 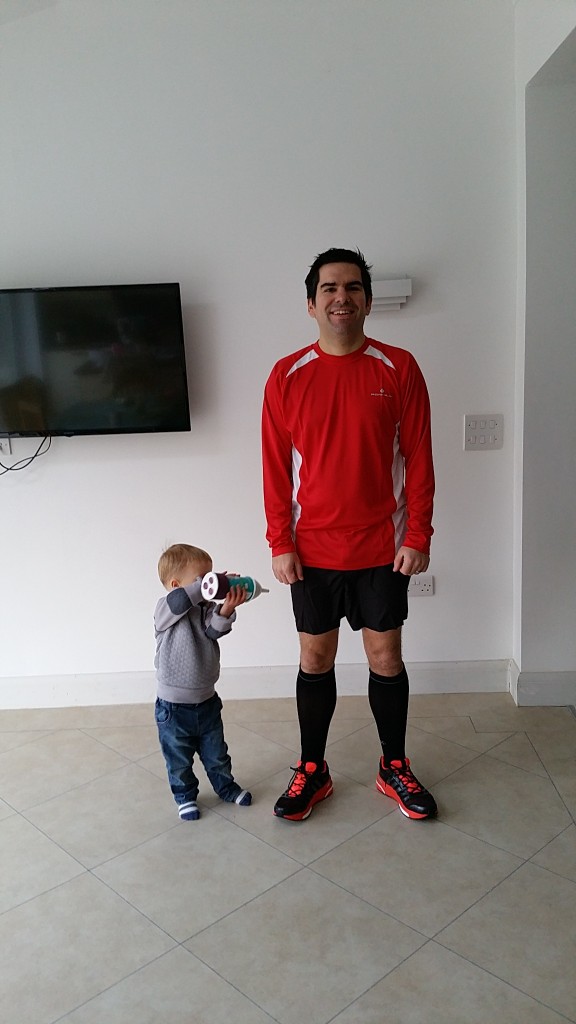 The shoes arrived just in time for a 5 mile journey around my old school from around 20 years ago which was a nice blast from the past.   I have added elasticated laces to these shoes to prevent any swelling of the feet from causing blister or tightness issues for the longer mileage that I am running now.

My plan is now crystalised in the form of a whiteboard behind my desk at work.  Theres going to be 367 miles to run (including the marathon) which is enough to take me from London to Cologne in Germany.

Due to my recently recovered injuries I have been more relaxed when training and will do so for the next two weeks as I ramp up the mileage, hence no “fartlek” running until the muscles are not just pain free but completely healed. 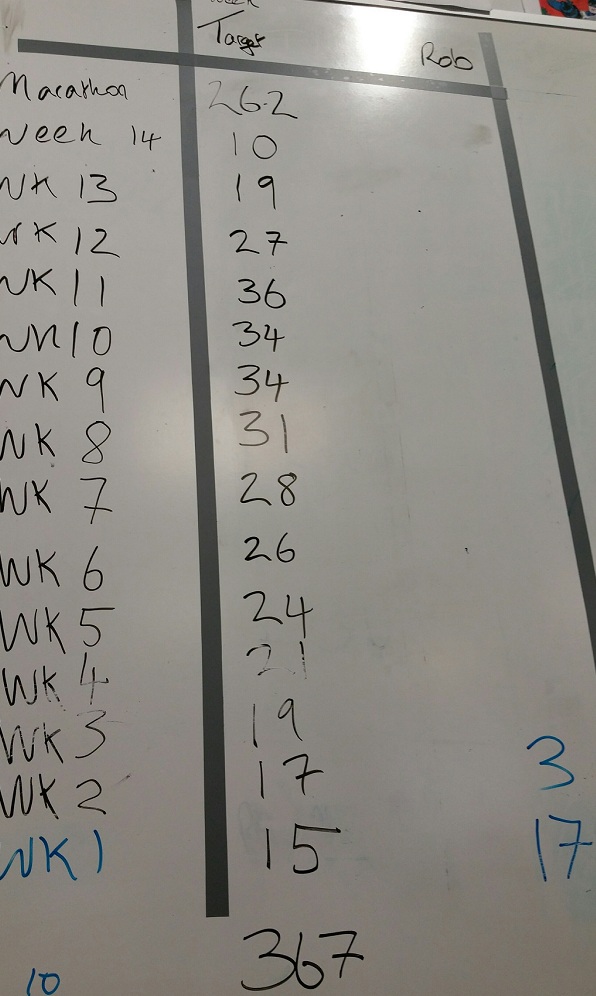 its a long journey ahead, to be taken a mile at a time

Unfortunately one of my intended running partners has had to pull out of the marathon due to ligament tears while skiing so am feeling gutted for her.

Dont forget to give, Deutsche Bank is currently doubling it, the most efficient giving you can do this year!

All donations are gratefully received and will go to the Sparks Charity, which is a Childrens charity find out more here: http://www.sparks.org.uk/  and please give here, no matter how small every penny makes a difference! http://uk.virginmoneygiving.com/RobertElbourn