why superman has no love life

“None of us, are as good as all of us” is a quote I frequently hear resounding in my head,

Most memorably its times of high pressure where you often see a single hero fill in a gap, at the reward of much praise. However when it happens regularly, daily, even hourly, what is happening behind the scenes is not a strengthening of resolve, or a building of a team, but a dilution and lack of balance of the team.  Undoubtfully heroics are great, however repeated heroics cause a stretching of individuals, and teams need to strengthen more by every part doing its bit (including overlapping), rather than some parts reaching over the multitudes to help.  These heroes end up spinning plates, .. why? because others let them; focussed on the results of their own goals rather than the success of a healthy team. The heroes should occasionally stop, and let others slip slightly. How else will other members of a team realise there is something wrong and work to improve so they can support themselves for the overall improvement of the team.  If a hero helps 10 people with 10% of their work that these people, could really do themselves (but are too lazy to), then when does that hero helper get time to do their own tasks?

What are the signs?

1) The victim’s cry for help

The victims cry of help is rarely structured

There is superman, just hanging around doing his own thing, probably adding value somewhere and not really wanting to be interrupted. Then comes the cry for help, which is a distraction at best; nobody works well with interruptions.  Superman has no real social and/or love life, he is getting interrupted all the time.  This of course is a metaphor for actually getting useful work done. If you are constantly getting interrupted by emergencies, then something is probably wrong. 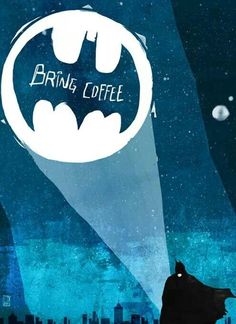 the batsignal, is an informal pre-agreed behaviour

The “batsignal” is a result of rewarding and reinforcing the wrong kind of behaviour.  Even Commissioner Gordon gets tired of screaming for help, so what do they do? They establish an informal but agreed mode of calling you up, this is the “batsignal”. This could be confused with working synergistically, but you will know if it is synergistic or not if its dependent upon a person instead of a group or a system.   Take a day off, call in sick, or be unavailable for any period of time and if all hell breaks loose, then you probably have a problem…. These informal paths can taken any form, from a Director standing behind your chair, to an instant message, phonecall or nudge from a colleague.  The main thing is that if its regular and if its taking you away from your work its probably not healthy for the team.

when good people stand around and do nothing....

Actually, who are the villains?…  Well, it depends on the context:

a) You can be the villain. If you allow yourself to be distracted from your work, its actually your responsibility, don’t be a victim! You can be your own worst enemy (or you could have people not particularly helping you, and they can be part of the problem).  However you can’t really change people easily, but you can change yourself.  So its time to speak up and do something about it, set boundaries for appropriate issue resolution.

b) Other people may be the villains, they may see your plight and not want to get involved. I am less comfortable with this no matter how true it is, because it could develop a “blaming others” mentality.  If you are part of a team and you are the target contact to solve issues then encourage other team members to help, you can rotate these kind of emergency calls to nominated individuals, on what is called (strangely enough) a rota.

The issue lies with team dynamics

Team dynamics consist of the team’s working relationships, tempered by people’s personalities in an environment of a certain degree of pressure. A team can wish to go in one direction, but end up going a different way because of unconscious psychological behaviours and interactions.  How your team deals with urgent issues, how they are organised will determine your overall direction, strength and growth.

so whaddya gonna do? 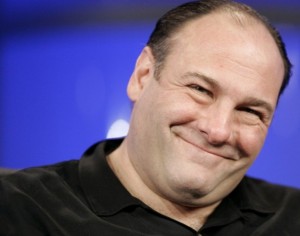 Without some kind of introspection, individuals will not realise the problem for what it is, and that’s never going to happen all at once, however if your team practices retrospectives then that’s a potential game changer… You can raise and identify the issue and go about evaluating and testing a way to resolve it.  Some patterns that will help you include: