The good and the bad

Well first the good, and that is the running vest has now arrived.  Plus all the forms etc from Sparks including fundraising T-Shirts.  While it felt real before, this is bringing a sense of crystalisation and added focus . 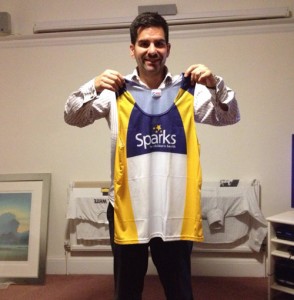 Pleased with my new running vest

And then the bad, after completing a 6.5 mile run, with the onset of “man flu”, I developed a heavy cold for a few days, at the end of the week with the cold still lurking I decided to give it a blast on a relatively easy five mile run, intending to fartlek (short bursts of 80% speed separated with a half paced recovery on even stretches) to further challenge my body. After the first mile my calf decided to hurt, and then progressively get worse for the next mile.  Instead of stopping I decided that it would either run off or get worse so my body can heal it properly. (I can’t be cultivating a give up attitude right now.)  So it got a little worse and settled as a dull roar of pain.  Anyhow I completed the 5 miles in a moderate time and it was frozen peas for the next two days. They tasted bland. 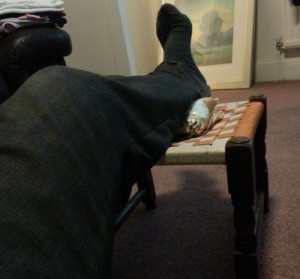 nobody will want to eat those peas now, but perhaps I shouldn't tell and just sneak them back into the freezer....

Well did I learn anything…

Yeah I probably learned a few things about my body, that I should be taking my training more gradually from now on.  I have been given a book to read by a colleague called “The Non-Runners Marathon Trainer” which is a very good read.  These are some of the things I have learned:

I have plenty of time to sort my niggles out, over 20 weeks to go.  For me it is about getting my body into being a running body, strengthening the right muscles and joints. Focusing on developing a healthy body and not focusing on the times and distances they seem to impress everyone.  Being teetotal is an important factor in this can wait until after Christmas.

If you have been inspired by this and/or Sparks charity please give generously to my Virgin Money Giving Page here: http://uk.virginmoneygiving.com/RobertElbourn